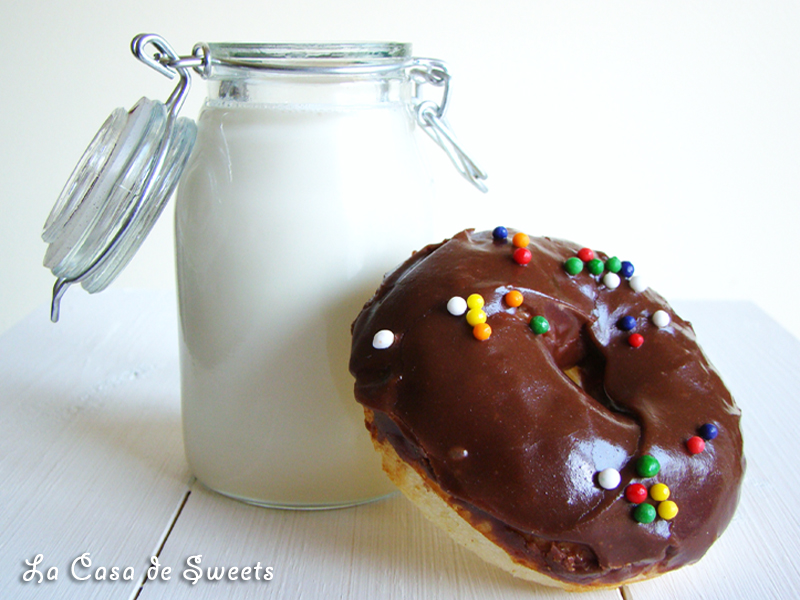 I only like two kinds of doughnuts.  Seriously.  The first is this one here.  The second is chocolate frosted.

What I’m about to tell you must stay between us, or else people will start to think I’m weird or something.  I don’t actually eat the doughnut part (gasp!), I just like the chocolate part.  Whenever I get a chocolate frosted doughnut, I take out a knife and cut off the chocolate part and leave the bottom half for someone else. Yup, that’s what I do.  All for chocolate.  Because there is nothing like a rich, thick, chocolatey glaze to make you smile.  Add sprinkles, and the smile just gets bigger.

This version involves a light buttermilk doughnut dipped in a warm chocolate glaze.  The doughnuts and glaze are so easy to make, you won’t have any excuse for not making these.  But, really with chocolate frosted doughnuts, who needs an excuse?

Preheat the oven to 425 degrees, and grease a large doughnut pan with cooking spray.  (You can also use a small doughnut pan, which will yield 2 dozen mini doughnuts.)

Prepare a piping bag with a large round tip, and set aside.  (You can also just spoon the doughnut batter into the doughnut pan, but piping it in is easier.)

In a medium-size bowl, whisk together the flour, sugar, baking powder, and salt.

Add in the milk, vanilla, eggs, and melted butter.  Stir until well-combined.

Bake at 425 degrees for 8-9 minutes, or until the top of the doughnut springs back when you touch it with your finger.

Let cool slightly in pan, then glaze the doughnuts immediately.

In a medium saucepan over medium heat, combine the butter, milk, corn syrup or honey, and vanilla.  Heat until the butter has melted.

Reduce the heat to low, and add in the chopped chocolate.  Whisk until the chocolate has melted.

Take the saucepan off the heat, and whisk in the powdered sugar until smooth.

Dip the cooled doughnuts in the glaze immediately, add the sprinkles, and let set before enjoying! 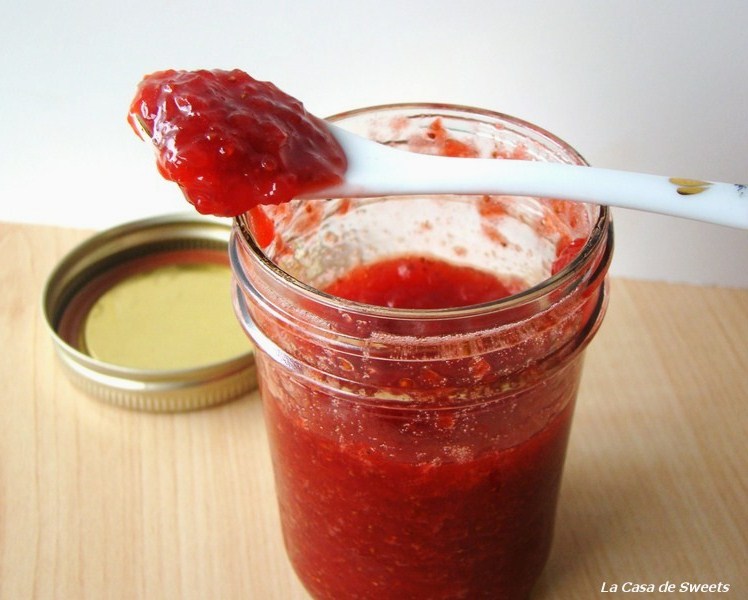 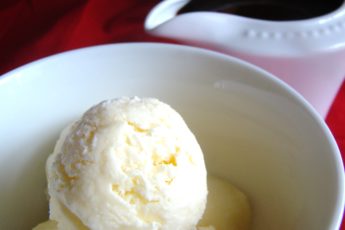