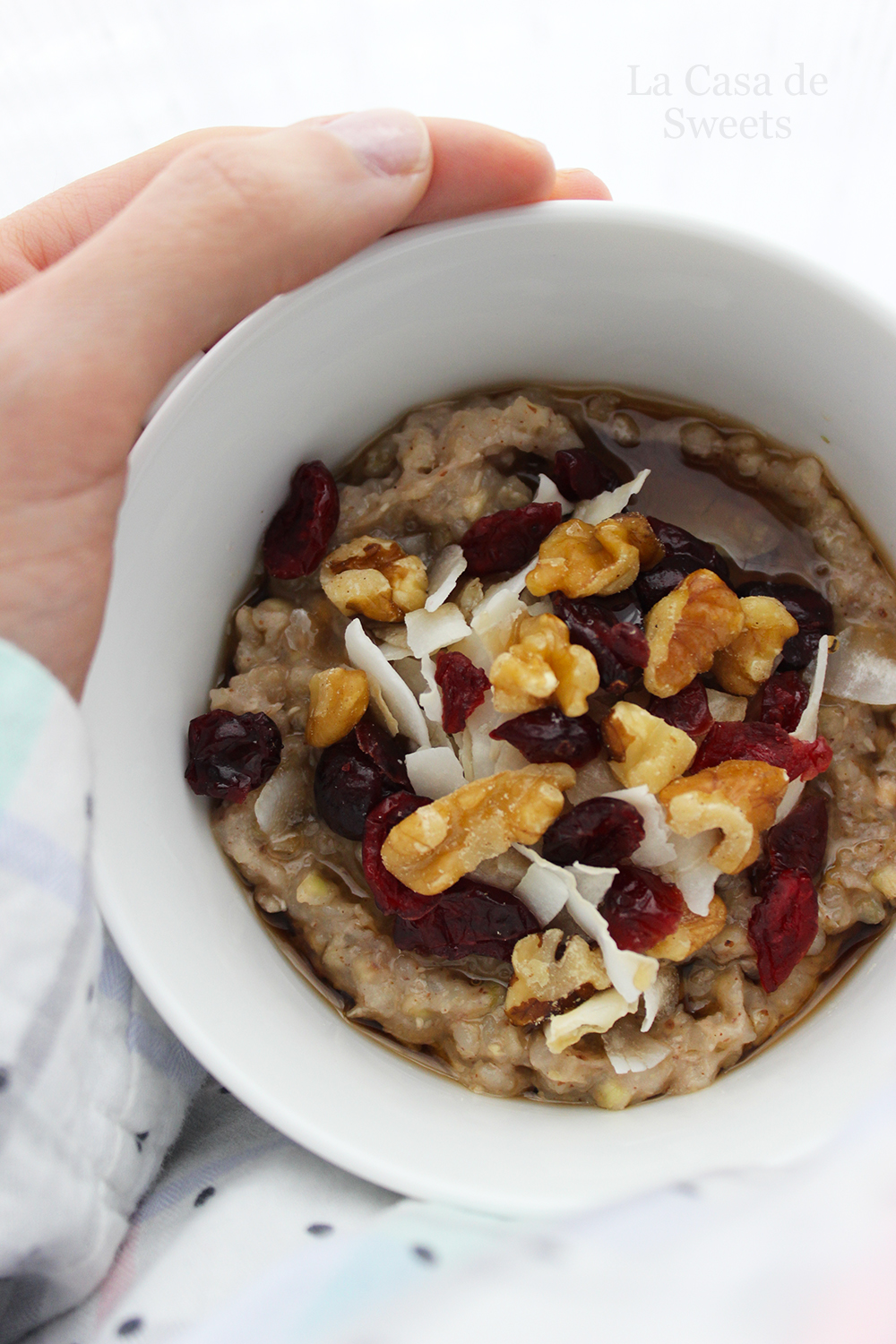 Breakfast is probably my girls’ favorite meal of the day. They love waking up and heading to the kitchen to see what they can fill their little tummies with. A few times a week we’ll make something like granola or some kind of breakfast bread the day before and have it ready for breakfast the next day.

On cold mornings, I like to make them oatmeal or creamy rice cereal. I changed it up a few weeks ago and used buckwheat groats instead. I was really happy with their reaction. They loved it! I thought it might be a challenge since buckwheat isn’t part of our everyday menu planning, but it makes a great porridge! Plus, it’s super healthy for you. Win-win.

You make this like you do any other kind of porridge. Boil the milk, stir in the buckwheat along with some spices and maple syrup, and let it cook until it’s mushy (you know what I mean). Top with whatever dried fruit or nuts you have in the pantry, drizzle some more maple syrup on top, and you’ve got breakfast.

Here’s to warm breakfasts with your families.

In a small pot over medium-high heat, bring the milk and salt to a boil, stirring occasionally so the milk doesn’t burn. Once it reaches a boil, stir in the buckwheat groats, the cinnamon, nutmeg, and maple syrup.

Reduce the heat to low, cover the pot, and let the porridge simmer for 10-15 minutes. Once the porridge has cooked, remove the pot from the heat. Serve the porridge in individual bowls, and top with the dried fruit, coconut and nuts of your choice. Drizzle with a little more maple syrup, and enjoy!

*To make the cooking time go a little faster, I pulse the buckwheat groats in the food processor once or twice to break down the groats a little. If you use full-size groats, just add a few minutes to the cooking time. 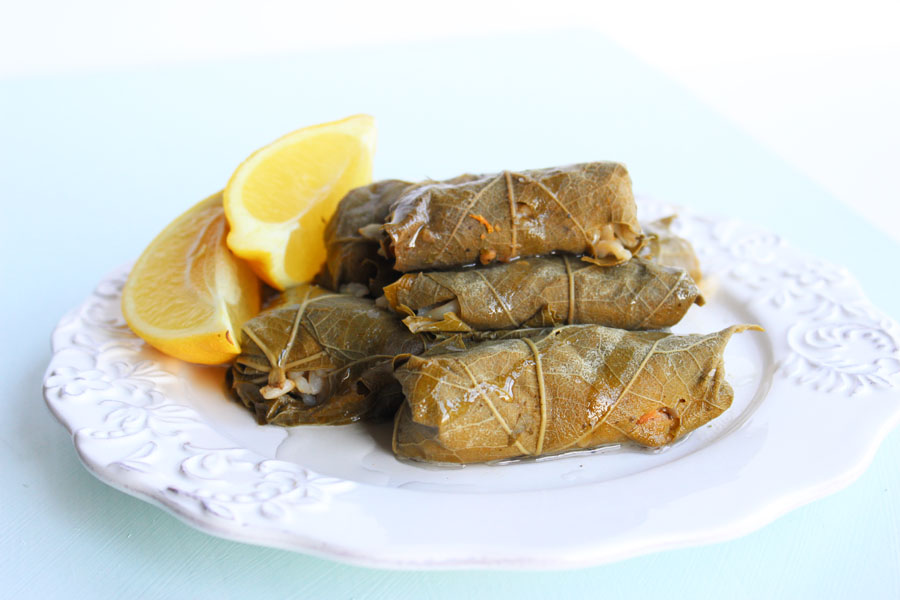 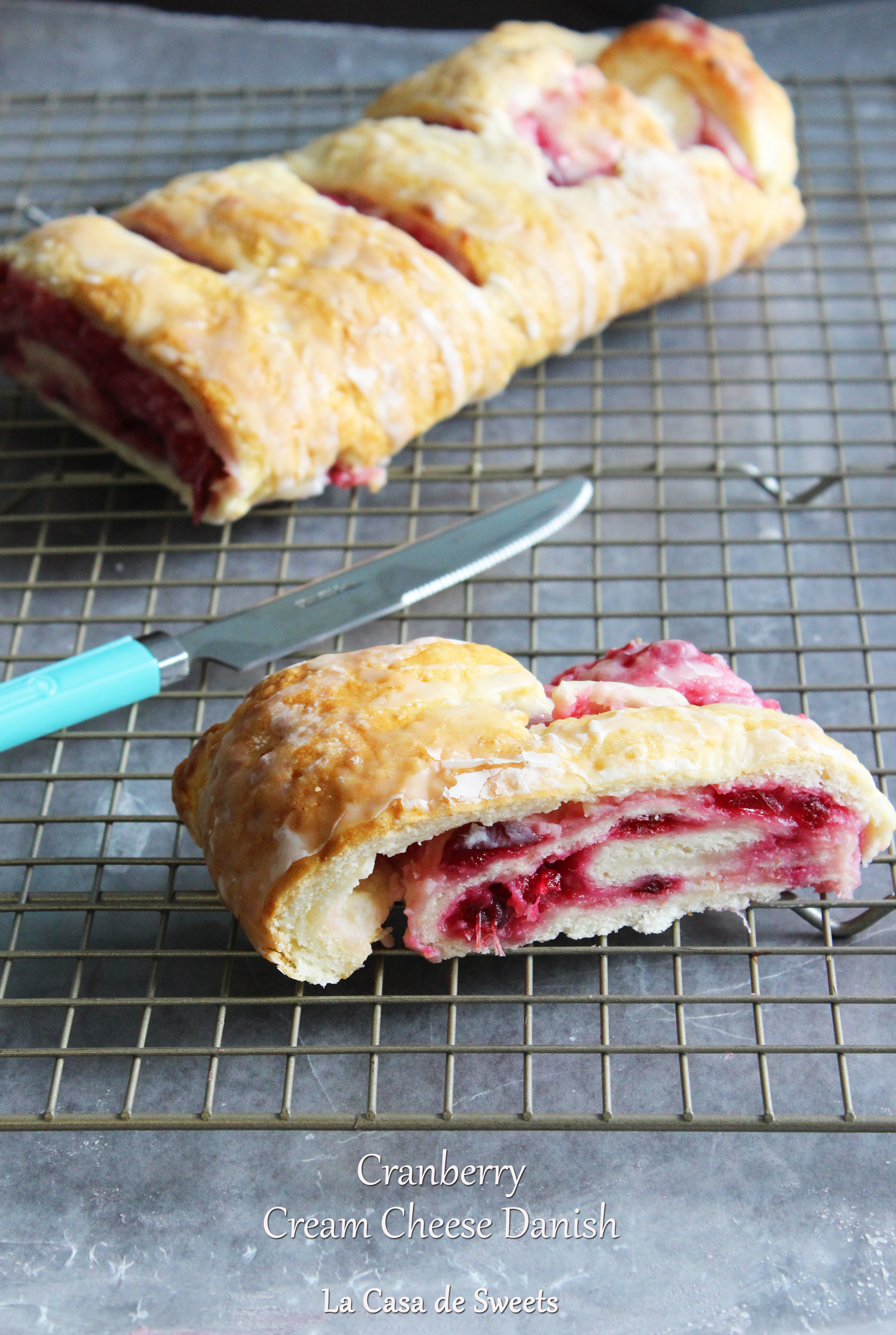